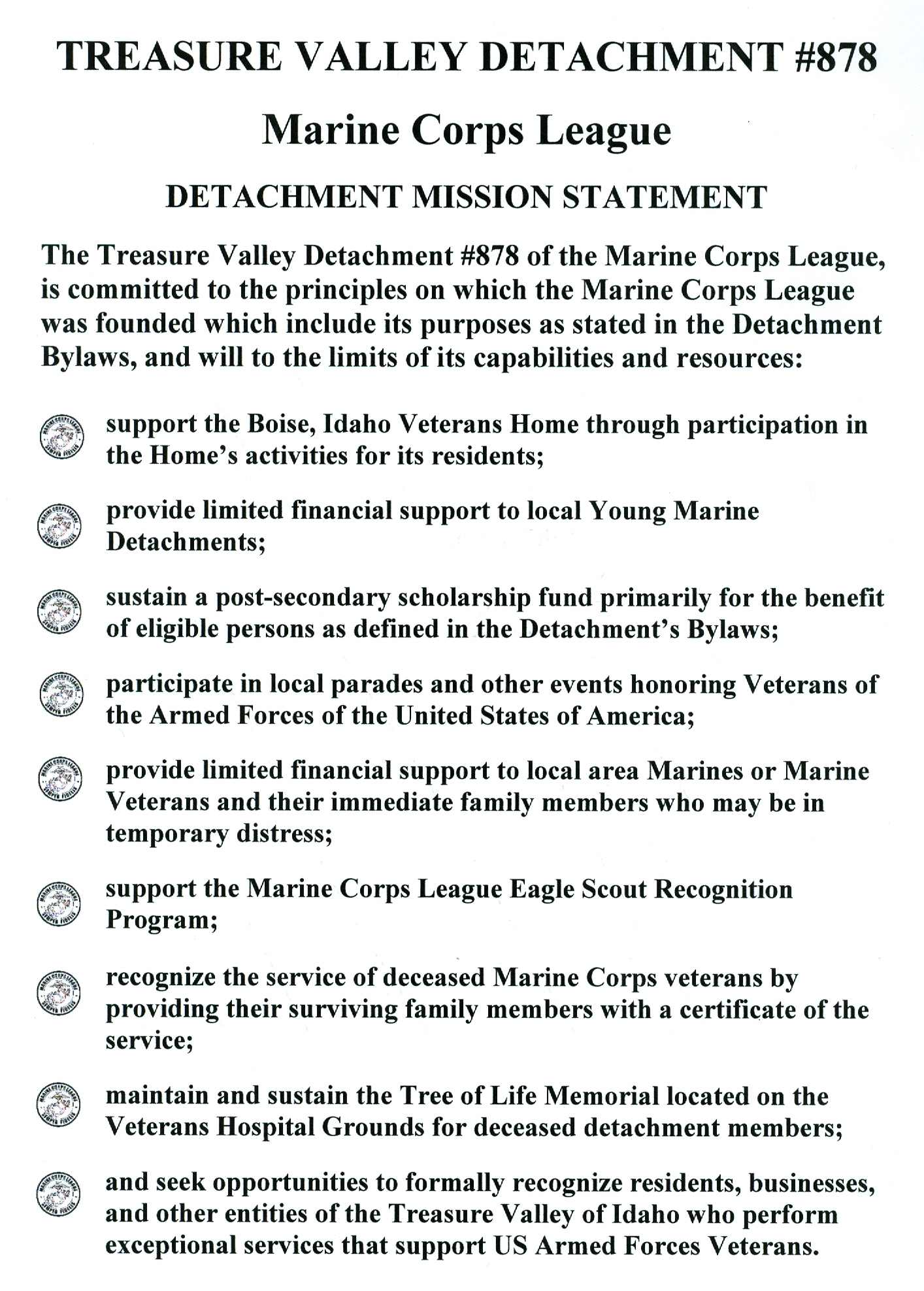 Holder of the Department of Idaho “Esprit de Corps” Award for

The decals on your vehicle, the markings on your shirt, or the hat you are wearing identify you as someone who is either a Marine or who has an interest in US Marine Corps; therefore, I invite you to consider joining the Treasure Valley Detachment of the Marine Corps league.  The brochure accompanying this note provides basic information on the Marine Corps League.

The Marine Corps League is a veterans’ service organization similar to the Veterans of Foreign Wars and the American Legion.  The primary difference in the MCL and other veterans’ service organizations is that the MCL limits full membership to currently serving and honorably discharged Marines and US Navy Hospital Corpsmen who have served with the operating forces of the Marine Corps, or Fleet Marine Force (FM F).  That said, the MCL also has non-Marine and non-FMF Hospital Corpsmen associate members to help carry out the purposes of the league.  Wives also are members of the MCL auxiliary.

You may choose to join the league simply for the camaraderie gained from associating with other Marines or to fully participate in all of the activities of the Treasure Valley Detachment and the MCL.

We gather informally every Saturday morning beginning about 8:00 AM from coffee and breakfast at Quinn’s Restaurant & lounge, 1005 Vista Ave., Boise.

We have formal business meetings the third Thursday of every month September through June.

Purposes of the Marine Corps League: